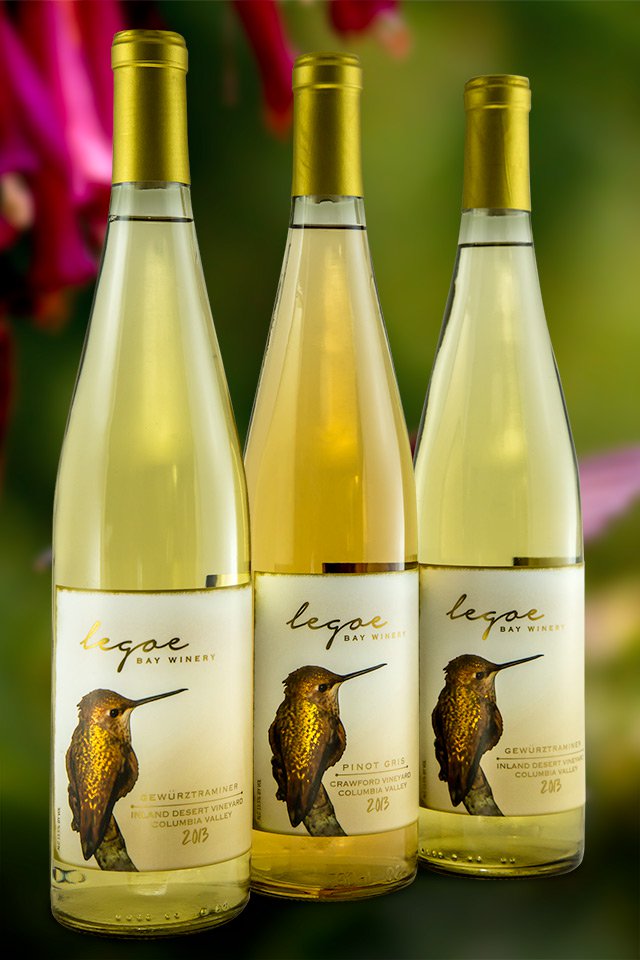 Boutique in the bay

Legoe Bay Winery is a boutique winery with humble beginnings. Like many wineries, and many other businesses, it all began in a garage. In 2005 the winery moved to it's current location, an historic marina, located on the west shore of Lummi Island facing Legoe Bay and the San Juan Islands. To visit the winery, you simply drive, bike or walk onto the Whatcom Chief ferry at Gooseberry Point, and leave your cares behind as you make the six-minute trip across Hale Passage.

Larry continues as the principle winemaker. He began making wines in 1977 for a start-up winery in Pennsylvania and has continued to make wine and teach winemaking over the years. Larry’s passion for making wine started by his grandmother’s side at the wise age of eight, and he has spent a lifetime learning and cultivating his skill. From the pastoral hills of Pennsylvania to the Pacific Northwest, Larry makes wine that invites you to taste, savor and enjoy. In 2003 Larry enrolled in the Certificate Program for Professional Winemakers at the University of California at Davis, receiving his Professional Winemaker Certificate in 2006. He also has a background in chemistry and metallurgical engineering. Larry makes wines that are true to the fruit’s natural characteristics and consistent with the varietal and terroir.

Legoe Bay Winery uses grapes that are carefully hand-picked from well-established vineyards in the Columbia Valley of Eastern Washington to produce their high quality, delicious, and award winning wines. Careful handling, patience and deference to the natural process are hallmarks of their winemaking style, crafting wines that celebrate each varietal in its simplicity, structure and balance.

In their own words, the Legoe Bay Winery message is a simple one:

"We are a winemaker, cellar master and marketer who celebrates the ancient art of turning grapes into wine on a small, picturesque island in the Pacific Northwest. Why, you ask? The act of winemaking ferments wisdom, faith and luck into bottles of memories. Each winery forms a legacy of their shared dreams, beliefs and passions. Taste our wine. Know us."

The Lego Bay Winery 2010 unoaked Chardonnay won a Silver Award at the 2014 Seattle Wine Award competition. Their 2013 releases will be entered in the 2015 competition. Current offerings include the just released unoaked 2013 Pinot Gris, Viognier and Gewürztraminer. Also available is the 2008 Cabernet Sauvignon, Merlot, Reefnet Red, Syrah, and a 2013 Malbec.

Bird is the word

Legoe Bay Winery uses a very distinct label design, dominated by a large image of a shimmering bird. The image wasn't chosen randomly, however. The label design process began as a collective idea that grew to reflect both Larry’s love of Asian art style and the island’s raw beauty and elegance – frozen in time by one photograph of a tiny hummingbird. Rufus, so named for the feisty Selasphorus rufus or Rufous hummingbird, whose reddish-brown sparkles with gold like the wine we make, is our symbol of that magical process of turning fruit into wine. And like the wine makers, Rufus is characterized by skill and endurance: Rufous hummingbirds are known for their astonishing flight skills, and have been known to fly an incredible 2,000 miles during their migratory transits.

The creative process did not happen in an isolated room, but of course it began on an island. Mix in other folks’ ideas, passions and dreams; add a dash of blind faith, a pinch of steely determination along with the willingness to herd cats and the final product is out-of-the-box gorgeous. Different. Just like the crew who made it so. The team worked with Kari Hildebrand Creative to bring their ideas together.

Breaking with traditional front and back label designs, Legoe Bay joins the few who dare to say it all on one. One elegant, efficient and effective label. Legoe Bay credits Advanced Labels with invaluable guidance and counsel during the rebranding process. These unique labels are printed with 5 colors (white, cyan, magenta, yellow, and black) on a metallized polypropylene substrate with Advanced Labels' HP Indigo digital press. They are also protected with a matte laminate. The result is a visually stunning label that elicits positive responses from its customers and is symbolic of the pride that Legoe Bay Winery presents its wines. Customers are drawn to touch the label and own the wine. They want "the bird."

Where can you find Legoe Bay wines? Thanks to Walton Beverage Company's vision and support, you can buy Legoe Bay wines at Greene's Corner and the brand new Safeway store in Sunset Square on East Sunset Drive in Bellingham; and at The Markets in Birch Bay. Want the bird? Look for Rufus at your local store and restaurant.

Buy the wine by the bay

The Legoe Bay Winery team invites you to experience their wines, to taste, savor and enjoy them with your family and friends. So visit the winery soon; be swept away by the breathtaking view, relax, chat and savor the day. The rustic Legoe Bay Winery tasting room is open weekends between 1:00 – 6:00 p.m. (April-August), and 3 – 6:00 p.m., between September and March. 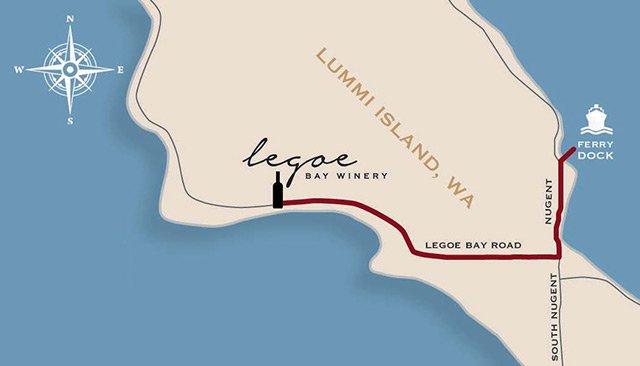