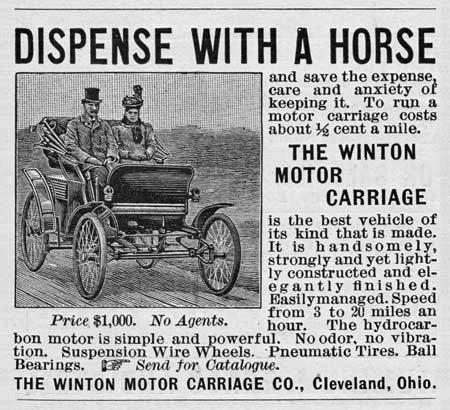 On March 24, 1898 Robert Allison of Port Carbon, Pennsylvania became the first person to buy a Winton automobile after seeing the ad.

Bonus fact: The Winton firm was bought by General Motors in 1930 and became part of the Electro-Motive Corporation, still in business today.