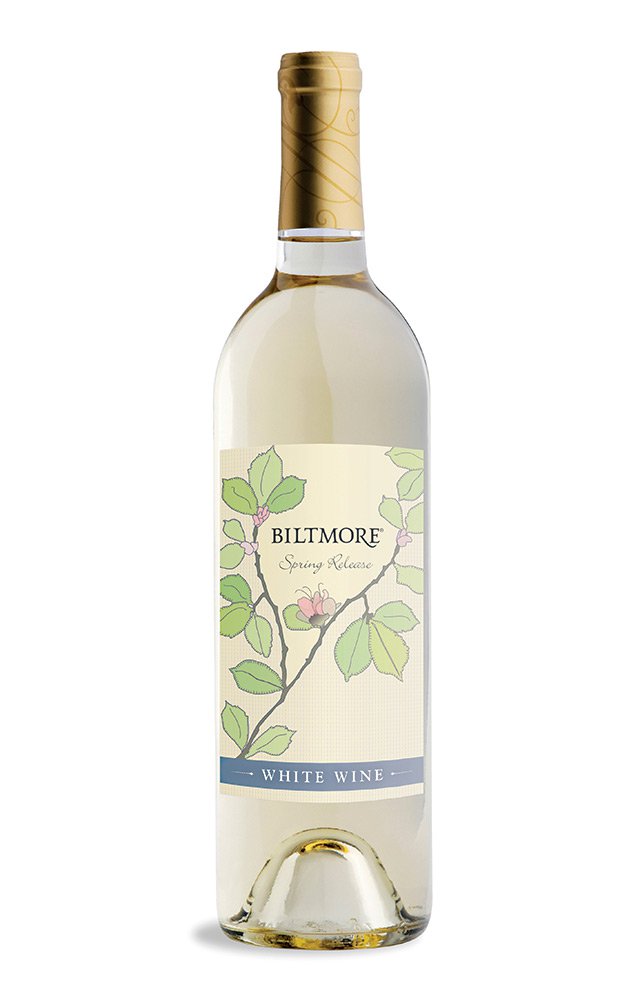 Biltmore Winery is the most visited winery in the country, and the 250 room Biltmore House is the largest privately owned home in America. It was designated a National Historic Landmark in 1964. 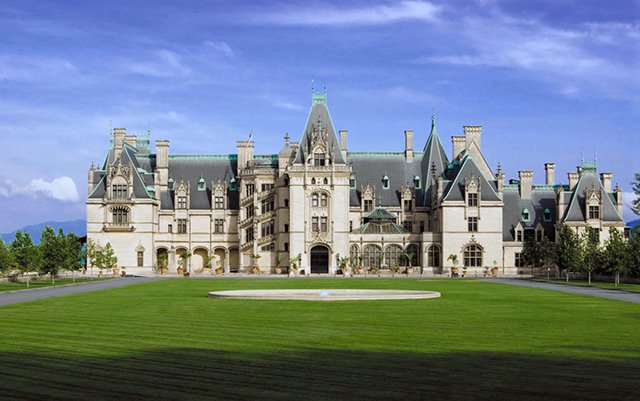 Biltmore was constructed more than a century ago as the private estate of George Washington Vanderbilt III. It was designed by prominent New York architect Richard Morris Hunt (see Metropolitan Museum of Art, Statue of Liberty Pedestal) and landscaped by the "Father of American Landscape Architecture" Frederick Law Olmsted (see Central Park, Niagara Reservation in Niagara Falls). George Vanderbilt envisioned Biltmore as a self-sustaining estate with its own farmland, animals, and private forest. The original estate occupied 125,000 acres or 228 square miles in the late 1800s and would have taken a week to travel by horseback. Gifford Pinchot, who was hired on to manage the forestry lands on the estate, would later go on to become the first chief of the United States Forest Service. Pinchot declared Biltmore the first professionally managed forest in the U.S. Today, Biltmore Estate covers over 8,000 acres split by the French Broad River. Opened to the public in March of 1930, the estate boasts more than 1 million visitors each year.

The first vines were planted at Biltmore in 1971. The Biltmore Estate Wine Company was established in 1983 and converted the estate’s former dairy barn into a state-of-the-art winery which opened to the public in 1985. 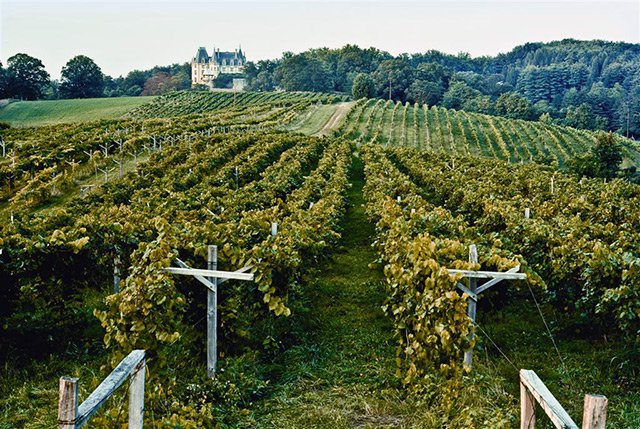 Over the last three decades, Biltmore Winery has become the most-visited winery in the nation, winning numerous prestigious awards and points rankings in competition with the finest wines in the world. Varieties grown include Chardonnay, Riesling, Viognier, Cabernet Franc, Cabernet Sauvignon, and Merlot. All grapes are picked by hand, with each harvest averaging 250 tons of grapes annually.

Biltmore’s spring seasonal wine was released in April and is a much anticipated annual bottling. The elegant design with pastel colors compliment the bottle and cap cover nicely.

"This limited release spring label captures the tender essence of early spring when the buds are just breaking through and colors are a cheerful soft promise of the vibrancy to come. The subtle background texture is reminiscent of wicker and spring showers. A stylized approach to the illustrated leaves, buds and petals wrapping around from center-outward provide interest and nicely frame the name." – Christy Bennett, Biltmore

Biltmore’s wines are currently available at retailers in 27 states and can be shipped to even more. Biltmore’s wines have accumulated an incredibly long list of awards. We could run multiple blog posts just to cover them all, so head over to BiltmoreWines.com for the complete list.