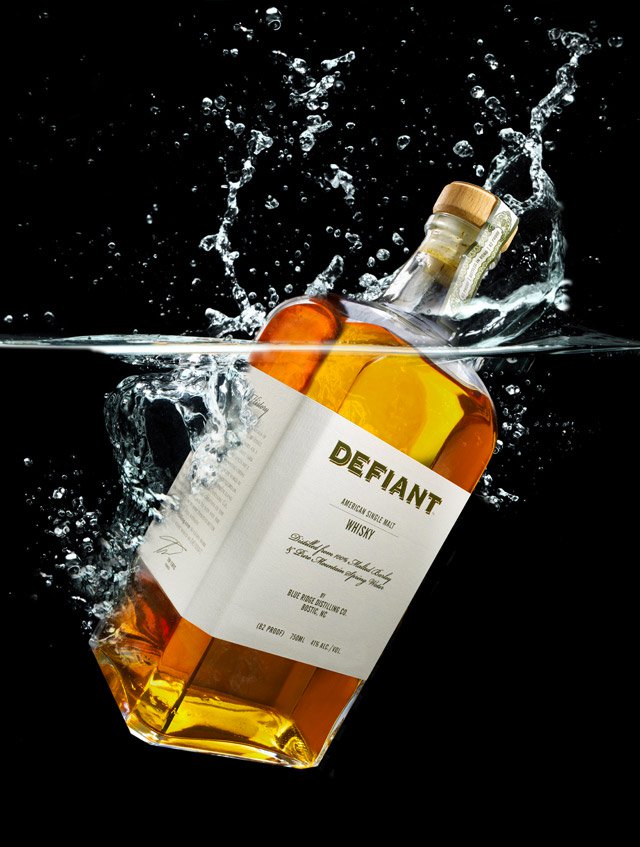 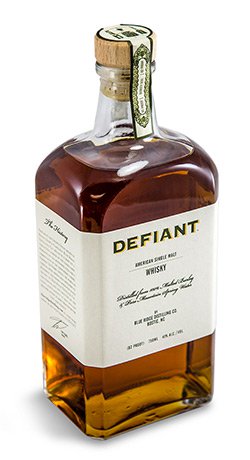 From the bottom of the ocean

Tim Ferris founded Blue Ridge Distilling Company on a corner of his family’s farm in 2010, which is the only detail of his distillery's history that may sound at all familiar. You see, Tim has spent his life on the ocean as an international emergency salvage diver. He is also the founder of Defiant Marine, a company which has sent dive teams to oil rigs off Alaska, barges off the coast of Italy, flooded subway tunnels in NYC during Hurricane Sandy, and everywhere in between.

Ferris started distilling in between dive jobs, an activity that worked out well as a bonding experience for the entire Defiant Marine dive team. The crew built the distillery from the ground up, and their passion is evident in every bottle of whisky they produce. They took their skills that they cultivated on the bottom of the ocean – discipline, creativity, problem solving, and an adventurer's spirit –  and applied them to making whisky.

“We’re rethinking whisky by taking the best of Scottish tradition and combining it with American ingenuity. We’re starting a whisky revolution. Charting a new course on the journey. And we’re doing it the Defiant way.” – Tim Ferris, founder

Diving requires acting without fear and thinking outside of the box to solve seemingly impossible tasks. Approaching distilling in the same way has led to a remarkable and award winning whisky. Defiant Whisky is made up of only four ingredients; water, oak, yeast, and barley. By approaching the distilling process in a unique, imaginative way, Ferris was able to transform these ingredients into something special. Through a special maturation process involving American White Oak spirals that lasts months instead of years, the crew has been able to make something uniquely Defiant, with high quality ingredients.

Defiant Whisky is truly an American original, born from Scottish tradition, and combined with American ingenuity. The whisky is genuine, there are no artificial colors or flavors and it is distilled using the highest quality ingredients every step of the way.

Defiant wanted the label on the bottle to reflect the purity of the product inside: straightforward and genuine. Ferris sees liquor store shelves filled with bottles that have flashy labels, bottles that light up, complicated and intricate designs, and other gimmicky packaging. Defiant wanted their whisky to stand out on the shelf by being what it is; honest, balanced, clean, genuine. The cream label and gold/green lettering evoke a classiness and honesty that harkened back to the old days of scotch whisky production.

"The liquor store shelves are filled with bottles that have flashy labels, light up bottles, intricate designs, etc. We wanted our whisky to stand out on the shelf by being what it is, honest, balanced, clean, genuine." – Tim Ferris 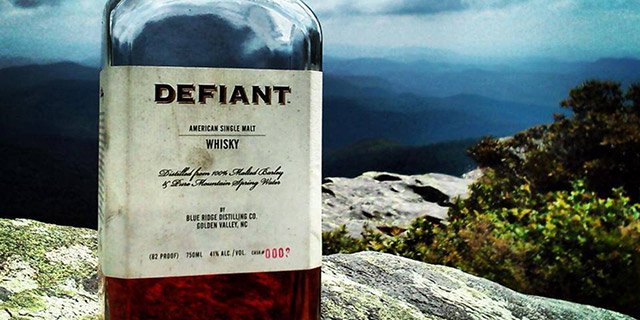 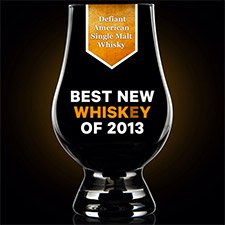 Ferris' hard work and ingenuity have paid off. Defiant Whisky has won Best New Whiskey of 2013 from the Drammie Awards as well as a silver medal from the International Craft Spirits Awards. The Berlin International Spirits Competition voted Blue Ridge Distilling as North Carolina Distillery of the Year.

With positive reviews and awards piling up, Defiant has seen enormous growth year to year. In January 2014 distribution was limited to 7 states; less than one year later and it is distributed in 22 states, Singapore, Malaysia, and Canada. Production has doubled since 2013, and by 2015 production rates are scheduled to grow by 500% with the addition of a brand new still.

You can learn more about Defiant Whisky and find a bottle for yourself using the links below. 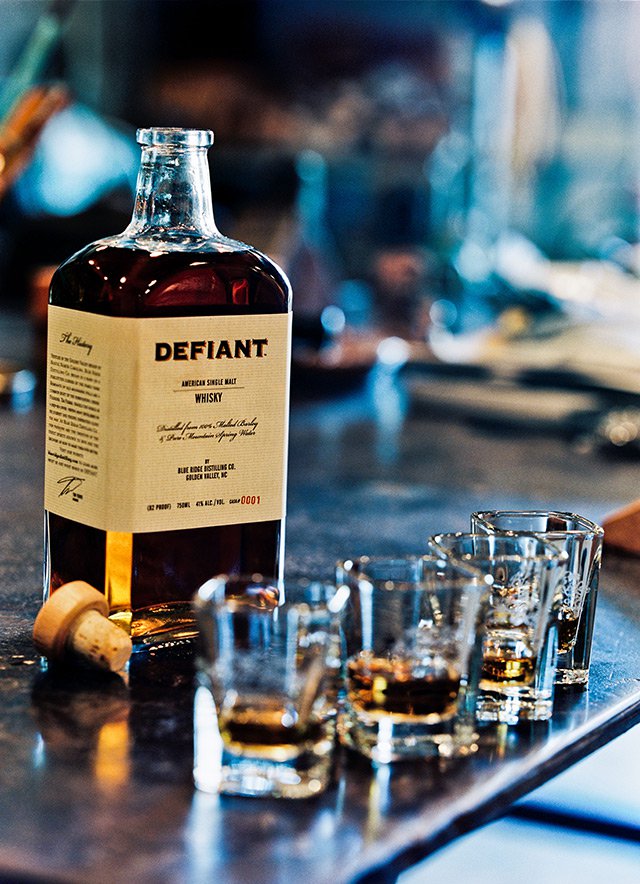