The idea for Hardball Cider hit founder and CEO Geoffrey Deen out of the blue while on a business trip a few years ago. He had always wanted to work for himself and find a way to incorporate his lifelong passion, the great game of baseball.

Growing up on a fruit and vegetable farm in Eastern Pennsylvania, Deen had often thought about what he could do with the farm once his parents passed it on to he and his sister. Since orchards were already planted and sweet apple cider has been made on the farm for over 75 years, the logical progression to Deen was to apply for a winery license and make the leap into hard cider production. 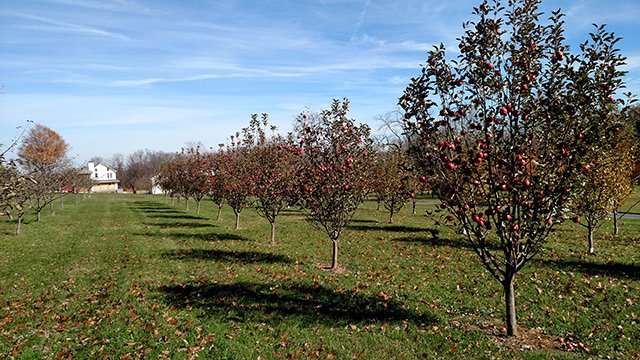 Deen had an interesting and diverse background leading up to the creation of Hardball Cider. He had worked in the pharmaceutical industry conducting primary market research, owned a specialty retail business, and worked in business planning and supply chain within the telecommunications industry. Wanting to pursue an entrepreneurial career, the idea for Hardball Cider was exactly what he needed to get back outdoors and back to his roots on the farm.

“I’m on this exhilarating journey into the unknown and loving every minute of it!”

The development of the product labels took several months, beginning with the creation of the Hardball Cider logo. Starting from scratch is not an easy thing to do, so Deen reached out to a college friend who works as a graphic designer and asked if she would help him. She put together some concept boards and the pair worked together to identify the words that best described the brand that Deen was setting out to create. She then started putting together concepts for the logo and eventually landed on the final design they have today. With the logo finalized, they turned their attention to the label design.

Hardball is currently using one design for the company’s 22 oz. bottles and a second design for their 12 oz. bottles. The 12 oz. bottle design is a more detailed label which includes an awesome infographic describing Hardball Cider and the number of apples that it actually takes to make one 12 oz. bottle of hard cider. The other side of the label has a pennant that is aimed at appealing to the sports fan or athlete in all of us. All elements of the label were created around a baseball theme to tie to the main logo design and the overall brand concept. Hardball Cider labels are printed digitally with 4 colors (CMYK) on white polypropylene material, and are protected by a matte polypropylene laminate. 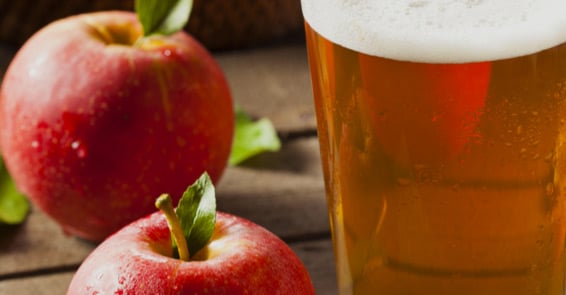 Hardball Cider has already built a fan base. The hard ciders are selling well, exceeding Deen’s expectations and requiring additional production facilities. His heart still firmly fixed on the farm, expansion includes remodeling a barn on the property that was originally built in 1837 to add a tasting room. Additional production is expected to come online in early March and with the Hardball Cider tasting room opening in April.

The best-selling Hardball Cider so far has been Curveball, a back-sweetened hard cider (back-sweetening refers to the addition of sweetener near the end of production close to bottling). They previewed another product called Splitter last fall at the Lehigh Valley Cider and Wine Festival held at Coca-Cola Park. Splitter is an absolutely delicious combination of Hardball hard cider back-sweetened with their sweet apple cider, and its debut was met with rave reviews.

“We'll continue adding new products throughout 2016 as well, so for those nearby, keep checking in to see what's new and available for tasting.”

Even as a new and growing cidery, Hardball is already generating positive press coverage. In the last 2 years the company has been included in Cider Culture, Main Line Today, and The Morning Call. The possibility of inclusion in an upcoming issue of Philadelphia Magazine has Deen excited. He is also considering entering his hard ciders into judged competition in mid to late 2016. And just this month Deen announced his hard cider and regular sweet cider will be available in three minor league ballparks for the 2016 season: Lehigh Valley Iron Pigs, Reading Phillies, and Scanton/Wilkes-Barre Railriders. Deen has high hopes of seeing his ciders sold in MLB stadiums one day.


As Hardball Cider continues to grow and innovate, look for new styles and assorted sizes to join their growing product line up. They never use apple concentrate or artificial colors or flavors and Hardball hard ciders are naturally gluten free. Visit their website below for more information.