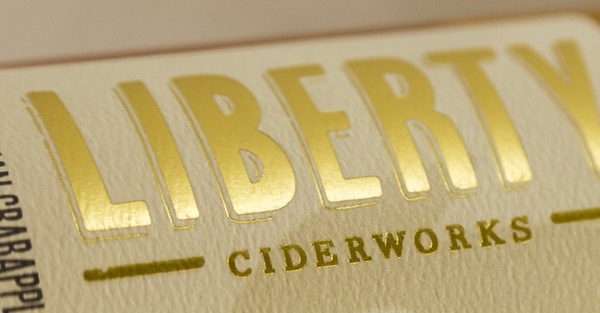 Hard cider has become increasingly popular over the last few years, and we're proud to include Liberty Ciderworks as our first-ever cider label feature.

The duo behind Liberty's award-winning cider is Rick Hastings and Austin Dickey, career architects who have joined forces to turn their cider hobby into an enterprise. With a unique bottle and slick label design, the Spokane-based cidery clearly understands the importance of great packaging as a key part of brand messaging.

Apple Appeal: From Interest to Obsession

Co-owner and head cidermaker Rick Hastings found cider through relatives looking for gluten-free options to craft beer. After trying most of the sweet, mass-market ciders on the market, the group discovered – and really enjoyed – craft ciders imported from the UK and France. Rick began wondering why, despite living in a region famous for its apples, so few options existed for craft cider. His interest became a hobby, the hobby became an obsession, and eventually, he approached his friend Austin Dickey about teaming up to bring artisan cider to Spokane and the rest of the Pacific Northwest.

Rick and Austin originally met in the late 90s while working at the same architectural firm in downtown Spokane. These days, Austin is a principal at a design/build architectural firm, and Rick works for a city and regional planning consultancy. So Liberty is still a second “day job” for both. Austin is a self-taught cidermaker who discovered the beverage on a trip to the UK. Rick studied cidermaking under the tutelage of Peter Mitchell, a world-renown instructor offering coursework at Cornell, WSU Mt. Vernon extension, and at his home base in Gloucestershire UK.

Limited Release Beyond the Tasting Room

Because the company’s ciders are self-distributed, they can be a bit hard to find for folks outside the Spokane area. But at Liberty’s tasting room and production facility in downtown Spokane, the product is selling quite well.

“It’s so unique and flavorful,” says Rick, “most people who try it are blown away that it’s a 100% single-varietal, that all that flavor and tannic structure is coming from nothing but cherry-sized apples. People typically take home a bottle or two, looking forward to pairing it with things like cheesecake or crème brulee desserts. And everyone comments on how beautiful the product looks in the bottle – and how well the packaging complements it.” 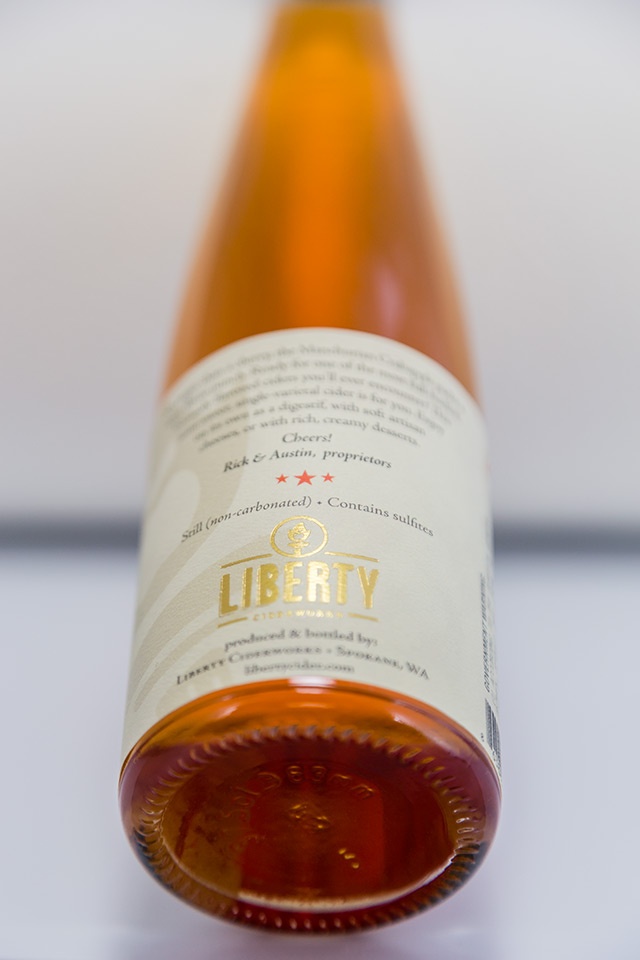 Since opening in April 2014, Liberty ciders have received honors including two Gold Medals and six Silver Medals at the Great Lakes International Cider & Perry Competition (GLINTCAP), the world’s largest such event. Capping this year’s proceedings, Liberty’s “Stonewall” cider, which is aged in whiskey barrels obtained from Spokane-based Dry Fly distillers, was awarded a “Best in Class” rating, the highest honor given – and one of just three extended to a field of nearly 500 global entries.

Concepts began with colonial-era iconography and Liberty bells, but the partners quickly settled on a draft depicting a torch – approximating the one topping the Statue of Liberty - with an apple included as part of the flame. The latter feature seemed especially appealing since it reflected the “apple-first” product philosophy that Rick and Austin use in making their ciders.

The label for the unique cider featured here was developed using the brand template common to all Liberty products, but made more upscale with the selection of a lightly-textured natural felt stock and slightly distressed gold foil emboss detailing. The labels are printed as 4-color (CMYK) on Advanced Labels HP Indigo digital press and include both high-rub matte UV and high-rub gloss UV spot varnishes.

The color scheme and foil selection was guided by the unusually rich amber color of the product itself, a port-style cider made from crabapples.

What's Next for Liberty Ciderworks?

Rick and Austin are looking forward to producing at least two new versions of the label featured here – one built around a Pommeau product (cider blended with apple brandy) and another adorning an ice cider (a dessert-style beverage made with apples allowed to freeze in the orchards, concentrating the resulting juice and finished cider).

Stay Up to Date With Liberty Ciderworks

The company’s website is a work in progress, but Liberty’s social media feeds are always kept fresh. Facebook, in particular, is a great way to check up on what the company is up to, see what’s on-tap or available in bottles (the company currently produces ten different ciders), and view images. 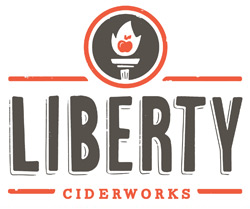 Liberty Ciderworks and Advanced Labels are proud members of the Northwest Cider Association, in support of cidermakers throughout the Pacific Northwest, including Oregon and Washington, as well as Canada, and Montana.