The Godfather of Woodinville Wine

Mark Ryan McNeilly is the acknowledged Godfather of the Woodinville wine scene (proof), and if you’re reading this, you’ve probably tried his award-winning wines. If you haven’t, skip to the bottom of this article for a link to the online store. Or better yet, jot down the address of your nearest Mark Ryan Winery Tasting Room and make time for a visit. 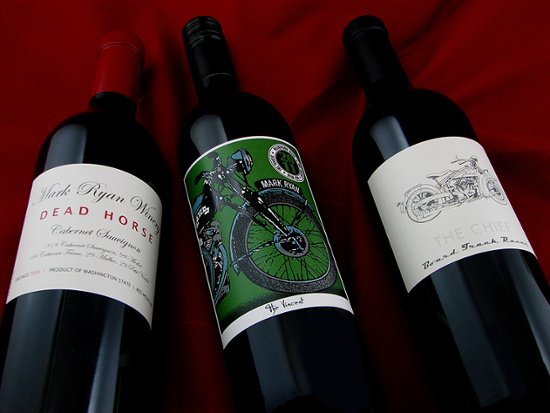 Dead Horse, The Vincent, The Chief


This little write up is about a company and its founder, and wine label packaging. But really it’s about the wine, and Mark Ryan Winery makes great wine. He started the winery with the lofty goal of making the best wines in Washington state, and there’s mounting evidence he’s succeeding. 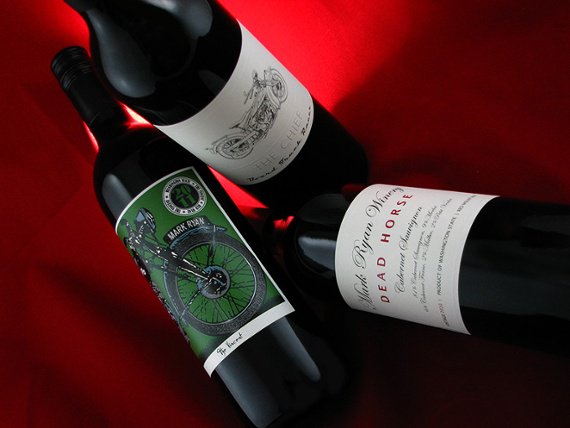 Much has been written about the winery and it’s influence on Washington wines, and Woodinville in particular. Mark has paved the way for many other local wineries that have modeled themselves on his success. The winery’s once-unique industrial park location is now crowded with winemakers. The Schoolhouse District, where the original tasting room was opened, has also grown into a hot spot for wine. Mark has lead the way from his winery’s humble beginnings in 1999, following an internal compass that has yet to let him down. True to his character, he’s known to encourage and mentor others that seek to replicate his success. He’s an inspiring example of a craftsman who discovered his true calling – learning from those who came before him, bringing along the best of the old ways, yet forging ahead with passionately along his own path.

Fresh out of high school, Mark was unsure what the future held for him. On two separate occasions, he spent three months traveling around Europe with friends. College “seemed like the right thing to do”, and the future winemaker selected accounting as a major. Luckily for wine enthusiasts, crunching numbers wasn’t the right fit for Mark and he soon fell into bartending. It was during his time as a bartender that Mark’s interest in wine and winemaking began. He eventually followed his instincts into the wine industry, working as a sales rep for a wine distributor in western Washington state. He made it a habit to rigorously research winemaking, and learned through trial and error what worked and what didn’t. He also helped home winemakers produce kit wines.


Mark credits his success to a hands-on approach to winemaking that was supported by the advice of associates and wine industry veterans available to him.In the early days Mark relied on the garages of family and friends for crushing, pressing and production. Barrels-aging took place in Seattle area warehouses for years before the winery found a permanent home in 2003. The initial Long Haul and Dead Horse vintages were brought to life in this transient environment and remain the flagship labels of Mark Ryan Winery to this day.Well known as humble and easy-going, Mark is quick to point out the serendipitous timing of the winery’s founding. The economy was good, and only handful of wineries were making their debut that year. With few new Washington wineries on the scene that year, Mark feels he received more attention than he otherwise would have. He had purchased two tons of grapes to produce his first batch, and while he’s still proud of the achievement and end result, he doesn’t believe the wine produced then would hold up to the award-winning wines the company produces today. 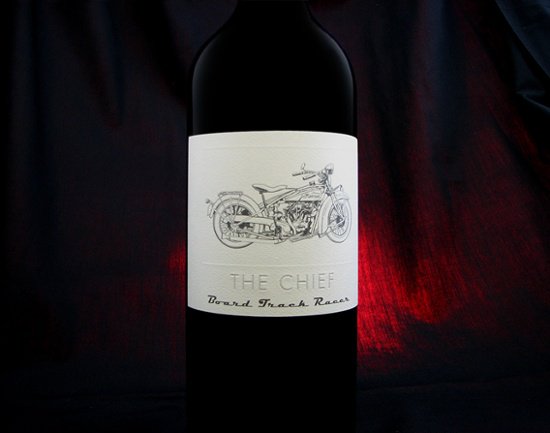 Behold the Power of MS Word

Believe it or not, the labels featured on Mark Ryan wines usually begin as rough drafts created by the winemaker on his computer using Microsoft Word. He admits to often putting it off until the last minute, then working furiously against impending bottling deadlines to design the labels based on the visions in his head. He credits Advanced Labels NW with turning his rough drafts into remarkable works of art. He loves his labels, receives frequent compliments and tells us the wines are selling well. He enjoys pairing the conservative typefaces and layouts of traditional labels with unconventional names like Crazy Mary Mourvedre and Wild Eyed Syrah.

What’s In A Name?

There’s a story behind every label, and we were lucky enough to get the inside info on two of them during our sit down interview with Mark. There was a mischievous sparkle in his eyes when he presented a photocopied (thankfully black and white) image of a serious foot injury he suffered in 2004. Lost Soul was named after a forklift accident in which Mark literally lost the sole of his foot. Even with the parking brake set, the forklift Mark had been operating began to ease forward after he jumped out to wrangle a fallen barrel. The paved surface sloped ever so slightly towards a black Cadillac Escalade in the parking lot below. That got Mark’s attention, and he managed to get it stopped after running alongside it, but not before it ran over his foot. The accident sent him to the hospital for surgery and skin grafts, a recovery that took three months. 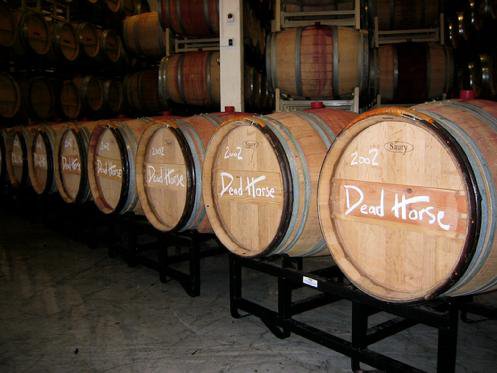 Fortunately, the story behind Dead Horse did not require any visual aids. Far from sinister, the name is just a simple play on the name of a prominent Mark Ryan vineyard supplier. “Ciel Du Cheval Vineyard” translates roughly into “Horse from the sky”, which Mark observes must mean he’s in horse heaven, so… “Dead Horse”.The Vincent Red and The Vincent White wines are named in honor of Mark’s love of motorcycles, and one famous bike in particular. The 1952 Vincent Black Shadow was the fastest production bike of it’s time and it’s the winemaker’s dream bike. For awhile, Mark’s love of motorcycles was obvious in another form, as a coveted 1928 Indian Chief was displayed in the Woodinville tasting room. Mark had the bike on loan to the winery and hopes to have return someday. 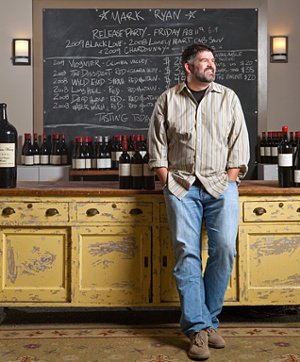 Motorcycles, rock concert posters and vintage furniture aren’t the usual decor of wine tasting rooms, unless you’re sipping wine from Mark Ryan. The wines of the day are written out on a chalkboard behind a hundred-year-old grocery counter. One tasting room features salvaged flooring recovered from authentic Ohio barn wood. Address and contact info are listed below, do yourself a favor and make your way to Woodinville or Walla Walla for an experience you’re sure to remember.