Two creative and inspired designers have teamed up to create a fantastic new brand of distilled spirits and some of the coolest labels we've seen. Just in time for Halloween, we're thrilled to present Moonshine Zombie Spirits! These eye-catching labels are printed on our HP Indigo Digital Press and feature a custom die cut. 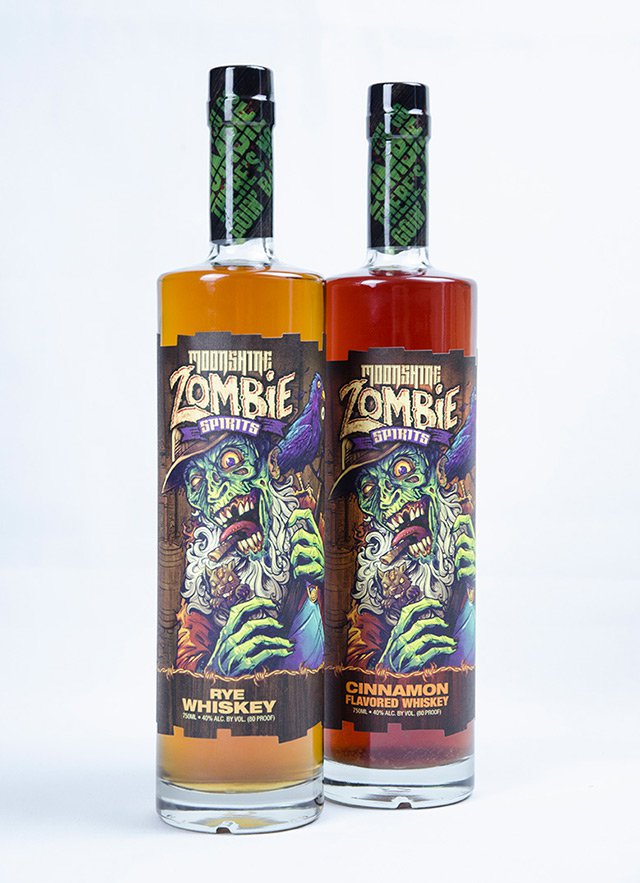 The Braaaaaains Behind Moonshine Zombie

Ray Morrow and Paul Jones are the creative team behind these insanely unique labels. With deep backgrounds as art directors in advertising and marketing, Ray and Paul decided to join forces and channel their combined creative energy into a project all their own. The award-winning designers teamed up to form Sourmash Studios, and their drive to create infectious brands has led to a glorious combination of their shared passion for zombies and liquor.

Ray studied at Central Washington University, then took a detour to Hawaii before returning home to Eastern Washington. A career tempered as an employee of various agencies led to the inevitable founding of his own agency, Morrow Design Studio.

Paul started at the Art Institute of Seattle and earned his stripes at several different agencies before running his own full color printing company for 7 years. He currently works for an agency in the Tri-Cities when he's not raising undead distillers.

Even though they can both boast of a collection of awards earned over the course of their respective careers, Ray and Paul agree that at the end of the day, they really don't mean much. Awards are a nice accolade and pat on the back, but they both understand that they are only as good as their last project. The duo are inspired and humbled by the amount of sheer talent in the industry today and they both have a desire to keep growing and learning.

After years of compromising their creative vision for various client projects, both men were ready to take on a project where they could realize the full potential of their ideas and design without limits. The results speak for themselves, and we're excited for the future of their dynamic new brand, Moonshine Zombie and and Zombie Zeke, the rotting redneck face of the company.

"This project is all about fun for us and we wanted to find something we could have a good time producing. A bit selfish, but this isn’t about success or money. We do our best work when we are having fun and that’s where this begins.' – Paul Jones 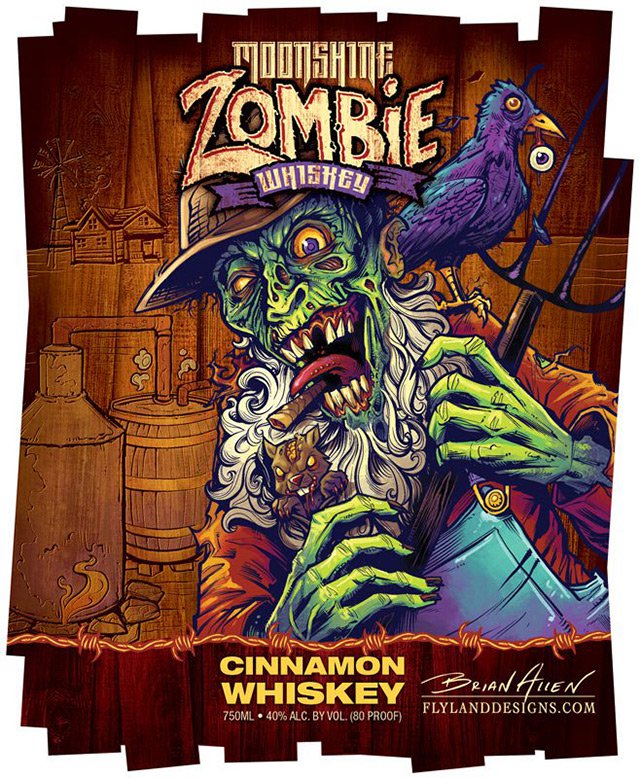 According to Ray, the creative process that brought Zombie Zeke to life began with a solid foundation of good mixed drinks and local micro brews. Ray and Paul wanted a project they could have fun with, and they started by listing things they both loved to find common ground.

Early in the process the team brought in Brian Allen, a gifted illustrator they had discovered and both admired (you can see his impressive portfolio here). After a few creative conversations about the possibilities for their maiden project, the trio settled on their shared obsession with zombies. They were not looking for the "right" thing to produce, they were looking for something they would have a good time producing. Many sketches, meetings, and drinks later they all agreed on the final design, and Zeke was raised from the dead.

The label design is truly an expression of the philosophy that created it. When you talk to Ray and Paul about their new ventures, the word that come up again and again is "fun". Moonshine Zombie Spirits and sister company Caliber Spirits allow them to have some fun with events and social connections to their customers. Finding a project that allows them to do great design and have some fun along the way is the reason they are in business.

Rather than starting a distillery from scratch and being pulled away from the art and design side of the business, they have elected to partner with Blue Flame Spirits, a local distillery in Prosser, Washington. As a a result, the pair is able to focus their creative skills on creating brands. Not just logos or labels, but brands that speak to people and allow them to create a larger brand experience. Let's hope it goes viral.

"We are excited to be working with Advanced Labels NW because of the variety of techniques that are available to us as designers." – Moonshine Zombie Spirits 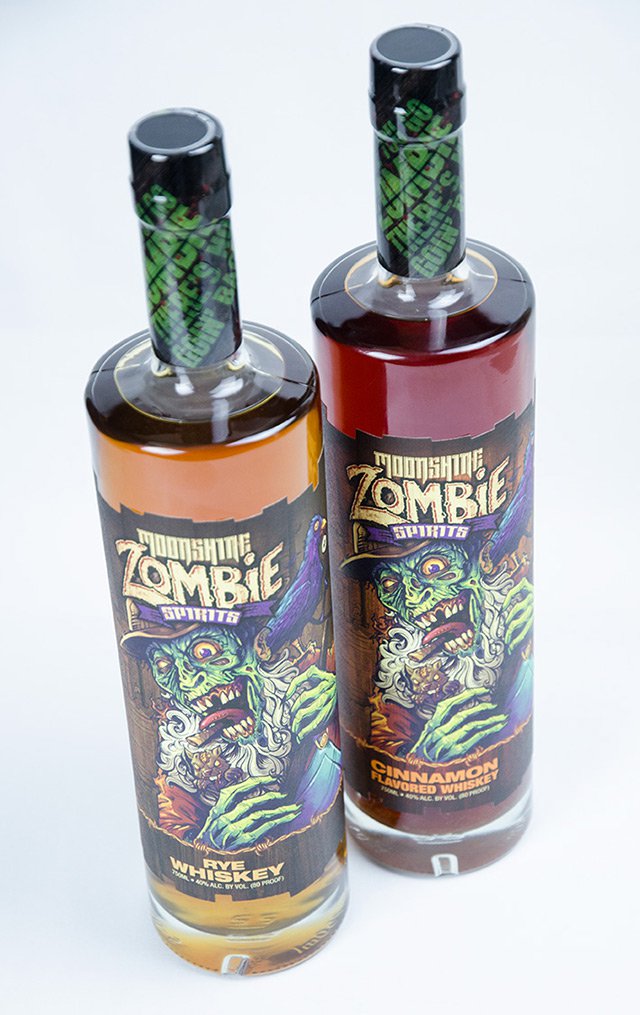