The Leaping Bunny Tells All 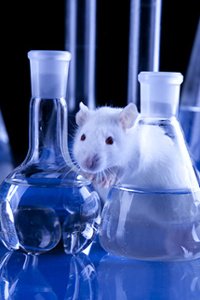 Look in your medicine cabinet, your shower, and your make up case - how many of your personal care products have a little leaping bunny logo on the label? That bunny signifies that the product is truly cruelty-free. This particular bunny came about because in the late 90s ‘cruelty-free’ products had become popular, but there were no standards about what cruelty-free meant. Companies were using the phrase at will by including “cruelty-free,” “not tested on animals,” or unofficial bunny logos on their labels. However, such labeling can encompass a variety of definitions. To this day, a product labeled cruelty-free is not necessarily 100% cruelty-free.

Without the official Leaping Bunny logo, a company's use of "cruelty-free" on labeling could indicate many different things:

With so many meanings to the term cruelty-free, the Coalition for Consumer Information on Cosmetics (CCIC) set out to create the Leaping Bunny program. The Leaping Bunny program assures that neither the ingredients nor the products themselves have been tested on animals after a certification date and will not be tested on animals in the future; no new animal testing is used in any phase of product development by the company, its laboratories, or suppliers. They are the only international third-party cruelty-free certification program.

The amount of consumer protest against animal testing continues to grow, yet companies still practice it. Although there are strict laws in place for them to prove that their products are not toxic or dangerous, the law does not require them to prove it via animal testing. The labels these companies apply claiming cruelty-free can often be confusing or misleading to consumers.

Animal testing usually involves small animals such as rabbits, mice and rats; they are subjected to a product or its ingredients by forced introduction to the eyes and skin, injection, inhalation, or feeding. The torture can last a day, or years, but almost always ends in death, with diarrhea, convulsions, bleeding from the mouth, seizures, and paralysis being a few of the symptoms the animals can look forward to experiencing before they eventually expire.

Fortunately, there are many alternatives to animal testing in place, and more are being developed all the time. These can include tests on human tissue or blood, computer modeling, and human volunteers. Aside from the preservation of animals, these methods can be cheaper and are oftentimes more adept at predicting a human reaction. However, the alternative tests must be validated by the government as an acceptable replacement to animal testing. Additionally, companies are in fear of lawsuits; if a human is endangered by their product they need to be able to prove that they took the proper precautions to avoid these negative interractions, and often times an animal test is the easiest way to do so.

Finding the End of Animal Testing

The European Union has proven to be a leader at adapting to alternative research methods. In 2004 they passed a ban on animal testing for cosmetics and instituted stages by which it had to be implemented, with a final deadline of March 2013. The law includes a ban on the import and sale of cosmetics tested on animals. They still have safety and health regulations in place, just without unecessary animal involvement. At this time, the ban only applies to cosmetics and not to other consumer goods such as pharmaceuticals or household products. No such ban exists in the U.S. 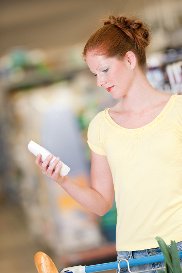 China remains on the opposite end of the spectrum where animal testing is often mandatory. Only recently have they begun to consider allowing the sale of some cosmetics that have not been tested on animals. But even this is progress. With more pressure from places like the EU and more demand from consumers, someday we can have an entirely cruelty-free beauty industry. For those who want to shop cruelty-free, many organizations provide lists of products that meet the requirements; check out PETA, Choose Cruelty Free, or CCIC for examples. And of course, check the label for the Leaping Bunny logo.