Sipping Hard Cider in the Northwest 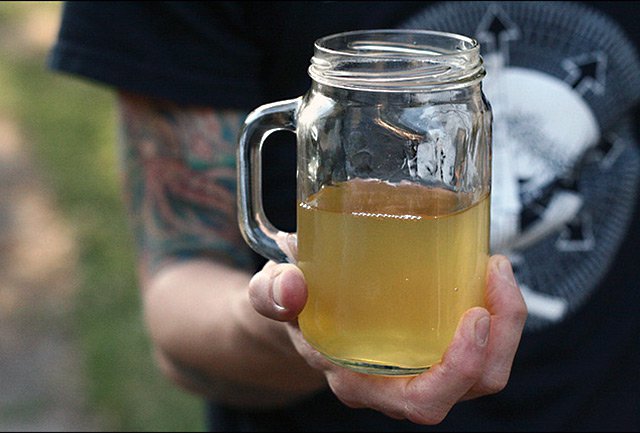 Washington state is synonymous with apples. So it's no surprise we're leading the mighty resurgence of apple-based alcoholic beverages known as hard cider.

And just like craft beer before it, hard cider is in a frenzy of experimentation with new blends and flavors are constantly appearing. Cidermakers are crafty and creative, and we're seeing that spirit carried over to labels and packaging. So what's the deal with hard cider?

Don't call it a comeback. In Colonial America when much of the water supply was considered unsafe to drink, apple cider was the main beverage during mealtime. From the table of President Washington to the 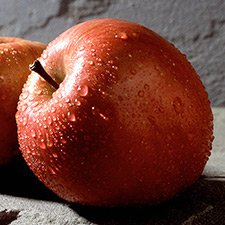 lips of the colonial laborer, cider was being consumed all throughout the day. With just enough alcohol content to make it safer than the water, people would drink it from dawn to dusk, and cider was truly king.

At that time, apples were not the common table fruit we know today. They were predominately sour and used almost exclusively for cider by the settlers. In some midwestern settlements in fact, they were required by law to plant apple (or pear) orchards in order to secure the right to their claimed land. It was during this time the legend of Johnny Appleseed was born, as John "Appleseed" Chapman traveled the country planting nurseries that would become orchards that are said to thrive to this day.

The rising popularity of beer, followed by prohibition during the 1920s and 1930s essentially killed hard cider production in the U.S., but it's been experiencing a renaissance for several years. From 2012 to 2013 cider production and its consumers rode a tide of explosive growth, estimated somewhere between 300-400%. Washington naturally leads the way, not only because we're home to so many orchards, producing four times as many apples as any other state, but because Northwesterners truly appreciate artisan and craft alcohol. 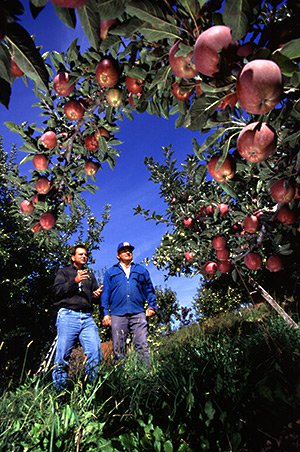 Before apples were brought to America, there were about 350 different kinds of apples. There are now approximately 7,000 different varieties of apples in the U.S., though you'll only find about 20 varieties in grocery stores and markets.

Hard cider isn't traditionally crafted from dessert or "grocery store" apples. It's made from a tart crabapple, and these types of orchards dwindled as cider's popularity dwindled. With the resurgence of cider the demand is overwhelming supply, and new orchards are being planted in response to the shortage. But the enormous variety of apples and the ingenuity of cidermakers means there are indead hard ciders made from dessert apples. In fact, hard ciders are available in a dizzying array of flavors and formulations. It's one of the reasons for its popularity. Cider can be sweet or dry, made with spices, brewed with hops like beer, and produced with seemingly any flavor. Pecan, cinnamon, banana, ginger, raisin, strawberry, brown sugar, spice, pumpkin, caramel, lime, molasses, honey, boysenberry, nutmeg, cherry, blackberry, vanilla, maple syrup, blueberry, spearmint, and on and on.

An Apple a Day Hasn't Kept the Taxman at Bay

Though served and distributed like beer, hard cider is taxed at a much higher rate, closer to wine or champagne, due to its high alcohol content and carbonation. Washington and New York legislators are both considering cutting cideries a tax break.

If you haven't ventured into the world of hard cider, take a pause during your next grocery run and you may be surprised at how many ciders have appeared in the cooler. Sure there will be hits and misses, but in the spirit of northwest curiosity it might be time to try something new, and support a growing Washington industry at the same time.