What's Going On With GMO Labels?

With many other topics occupying the daily news feed, the ongoing controversy and division surrounding genetically modified organisms (GMOs) in U.S. food has faded into the background. But that doesn't mean the conversation is over. Several recent developments, including federal proposals for food labeling and a landmark lawsuit, have put the spotlight on the issue once again. So what's going on with GMO labels?

In May of 2018 the United States Department of Agriculture (USDA) issued 106 pages of guidelines for bioengineered (BE) labeling, via their Agricultural Marketing Service (AMS) division. AMS has framed the regulations as "disclosure", so BE labels should not be considered warning labels by any means. In the AMS proposed guidelines, GMO and GM would no longer be acceptable terms for genetically engineered (GE) food labels when and if the regulations go into effect. At a time when 70% of consumers don't even know what GMOs are, changing the terminology from GMO to BE may or may not clear up the confusion. And having five acronyms in our two paragraph introduction to this topic probably doesn't help either.

"The proposed rule is intended to provide a mandatory uniform national standard for disclosure of information to consumers about the BE status of foods".

Which Foods May Require Labeling

USDA has divided GE foods into two categories: Foods with very high adoption rates of genetic engineering (85% and up) and foods with a lower adoption rate. It is estimated that 80% of processed food in the U.S. contain ingredients sourced from a GE crop, so there will be a lot of BE labels out there. AMS proposes the following BE foods be considered highly adopted (2016 data):

Yes, cotton is on their list, with the word "food" in the headline, despite their preliminary guidelines stating that the disclosure rules would only apply to "food for human consumption." The FDA regulates food for human and animal consumption, including pets and livestock, so the presence of cotton may be due to the use of cotton seeds in the production of some cattle foods– perhaps USDA borrowed some data from the FDA.

To understand whether a food is subject to the labeling requirements, we must consider as a preliminary matter whether the product at issue is a “food.” The federal definition of “food” is “a food that is intended for human consumption". Chewing gum is considered to be “intended for human consumption,” and it is therefore considered a “food” for the purpose of BE disclosure guidelines. 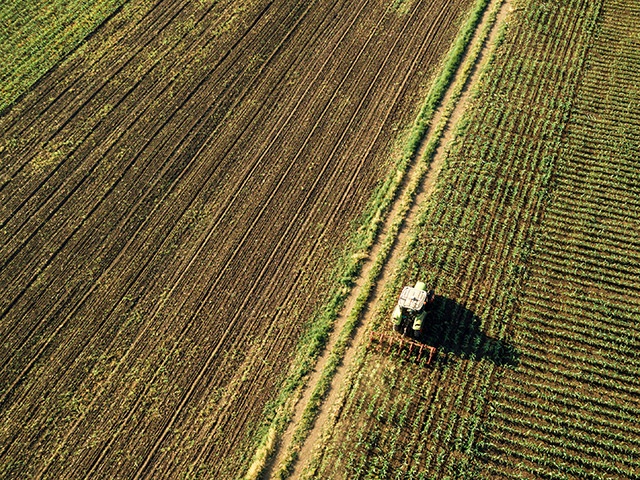 The use of QR Codes to disclose BE ingredients in food may be allowed in the proposed regulations. Under these circumstances, a consumer would need to scan the code with a compatible smartphone in order to access disclosure information.

"The proposed rule is intended to provide for disclosure of foods that are or may be bioengineered in the interest of consumers, but also seeks to minimize implementation and compliance costs for the food industry – costs that could be passed on to consumers."

The symbols pictured below are under consideration for BE labels, including black and white versions to reduce costs, and variations with "bioengineered" and "may be bioengineered" spelled out. USDA sought comment on the proposed symbols but has not released any other versions or announced a final solution. 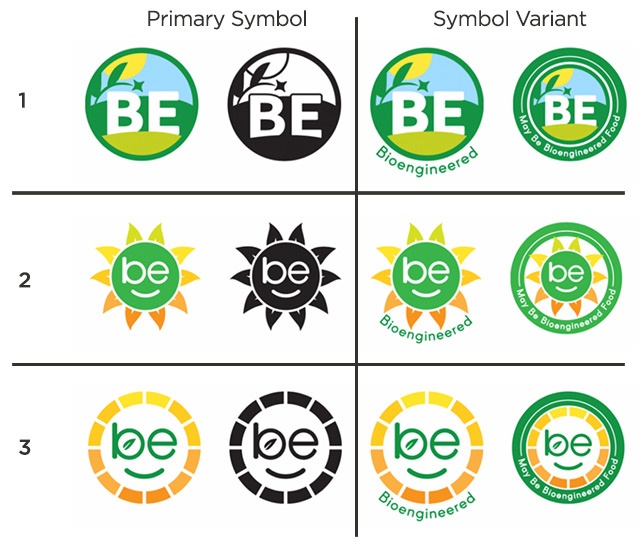 As mentioned above, the guideline proposal weighed in at a substantial 106 pages. It also includes references to numerous other USDA and Food and Drug Enforcement Agency (FDA) regulatory codes, some of which have different definitions of what food is. In the BE disclosure document there are small business exemption proposals from $500,000 to $5 million, as well as an exemption discussion surrounding highly refined products made from the common ingredients mentioned above– including high-fructose corn syrup. The regulations are not finalized and it seems the final published version could vary widely on many subjects.

Timing of BE Disclosure & Label Guidelines

When USDA released the guidelines in May of 2018, they stated they were seeking comments on which foods would require labeling, and asking for input on proposed symbols. Comments were scheduled to close July 3rd, with the USDA looking to issue final guidelines by late summer 2018. Compliance deadlines were projected to fall like this: Companies with over $10 million in annual revenue were said to be compliant by January 1, 2020, and everyone else a year later.

As it concerns existing label inventory printed before the deadline, the USDA proposal would allow them to be used until January 1, 2022. 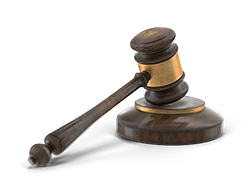 However, as fall sets in and no official guidelines have been established, it's possible a landmark jury verdict against a herbicide manufacturer may have caused the delay. In August 2018 a jury awarded $289 million to a man they determined had developed cancer due to exposure to glyphosate-based weed-killers– the world's most widely used herbicide. 5,000 similar lawsuits are currently underway.

With glyphosate commonly used on bioengineered herbicide-resistant crops like wheat and oats, a flurry of nationwide lawsuits, and a disagreement between the U.S. Environmental Protection Agency (EPA) and World Health Organization on whether glyphosate is carcinogenic to humans (the EPA says it in not likely carcinogenic, the WHO says it probably is), setting guidelines may be more complex than previously believed.

So the current state of GMO labels is this: there will likely no longer be GMO labels. We will probably see BE or GE labels in the coming years, but what they are required to appear on and what they will look like is unknown at this time.

While the USDA works on refining their guidelines, the FDA released "Guidance for Industry: Voluntary Labeling Indicating Whether Foods Have or Have Not Been Derived from Genetically Engineered Plants" back in 2015. The FDA's position has been to regulate genetically engineered foods in the same way they regulate all foods, without special consideration.

In September 2018 a biotech-backed group called the Information Technology and Innovation Foundation (ITIF) petitioned the FDA to prohibit use of labels using the term "Non-GMO". Yet in their 2015 voluntary guidance documentation the FDA stated:

An anti-GMO consumer advocacy non-profit group called the Non-GMO Project called the ITIF petition factually inaccurate. The consensus of federal agencies, and the future of their regulations, exemptions and enforcement have yet to be determined, but the conversation bioengineered foods from genetically engineered crops is alive and well.

With over 40% of shoppers taking GMOs into consideration when buying food, it's in the best interest of food brands for this issue to have some resolution soon.